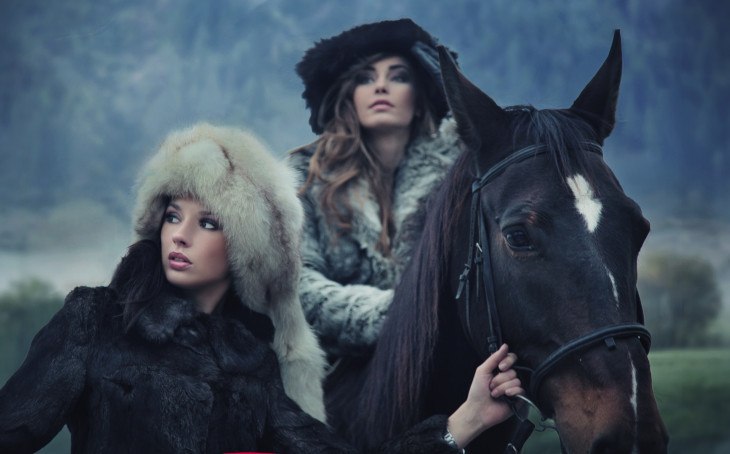 For many of the reviews we write, we first have to outline the company that makes the product we're reviewing. Many beard product companies are fairly "niche," and they're not household names. Grave Before Shave, Geo. F. Trumper, Billy Jealousy—they're all fantastic companies, but they're not really well-known.

For our Tom Ford Beard Oil review, we feel like we can skip all that. Tom Ford may not be a big name in the world of beard products, but he's an absolutely colossal name in fashion, and it would take a little too long to describe all his exploits. Suffice to say, he's a fairly successful guy, who's influenced the world of beauty and fashion to a very significant degree.

And that's why it's so much fun that he has a (fairly small) line of beard products—not many (or, actually, any) of the companies we usually review have a "global cachet," if you will. In this post we'll review Tom Ford Beard Oil, which is probably his most significant foray into beard care.

We'll start with the topic people usually care about most:

Pro: The Scents Are Well-Selected

This is the real discussion, for a beard oil like Tom Ford's: the scents included in the product line. Tom Ford has kept it streamlined and included only three scents: Neroli Portofino (affiliate link), Tobacco Vanille (affiliate link), and Oud Wood (affiliate link). Those are surprisingly earthy tones—especially the tabac—but they make sense: they're not frivolous or light, and that fits with the aesthetic he's cultivated for his brand (and we talk about this a bit more below).

We especially like the Tobacco Vanille. Some people get a little mislead by the term "tobacco," and think cigarettes or that sort of thing—but that's not the scent and what they're going for. Think, instead, 1920s Art Deco cigarettes—"tobacco" as a more earthy scent (think dried tobacco leaf, rather than something smoking), coupled with the sweetness of vanilla. It's a nice balance of heavy and light, and while it may not last for very long—that's actually one of our gripes when it comes to this beard oil—it's very pleasant while it lasts (and that’s our humble opinion, of course—we can't tell if you'll like this, or any other, scent).

When it comes to beard oils, we tend to get obsessed with scents—they're the most striking aspect of a beard oil, and it's the easiest way to diversify them—but really, scent is secondary to the haircare and skincare aspects of an oil. Its true purpose is beard health, and not scent.

Tom Ford—as you might imagine!—stands out here. The company has years of experience when it comes to skin care—and hundreds of products, as well—and they've included some fantastic elements in the ingredient list. The two heavy-hitters are grapeseed oil, which can adds moisture/hydration and shine to a beard, and jojoba oil, which is one of our favorite ingredients (and, not for nothing, seems to be included in all the high-end beard oils we recommend). Jojoba oil—despite a rather silly-sounding name—has some incredible properties, and on a molecular level, it actually resembles a skin oil called sebum. That resemblance allows jojoba oil to unclog pores and help regulate oil production, and moisturize skin. We love, love, love jojoba.

So, as you'd expect, Tom Ford included some great ingredients in the makeup of the oil.

Beard oils really popped up a few years ago. Before that, beards weren't really all that popular. There were plenty of guys who had them—they were very common on guys who had outdoors-y jobs, or older fellas who taught college-level Econ, or who were part of a biker gang—but other than that, beards were kind of rare. Even moreso, they were rare so among younger guys.

So when younger men in their 20s and early 30s started growing out their facial hair, there weren't really many companies that made beard products, and within a year or two, literally dozens had popped up, and they all had a hyper-focus on beard products. We've reviewed hundreds of these companies and their products, and a lot of them are fantastic.

But that's the thing: these companies usually only make beard products, and there are a lot of guys who want the option of using a range of products from the same creative team—guys who want to wear a beard oil and a cologne and an eye treatment, and so on. Products that can match each other, in other words, instead of a mish-mash of different products from a whole slew of companies.

Tom Ford has that, and then some—if you've ever visited their website, you've seen that he's got literally hundreds of products for men (and plenty for women, too). They've got everything from moisturizers to exfoliators to body sprays, etc.

Options, in other words—and isn't that nice.

It's also nice to tie a face to a product, and that, too, is rare in the world of beard products. With that in mind, it's a perfect segue to our next "pro"... 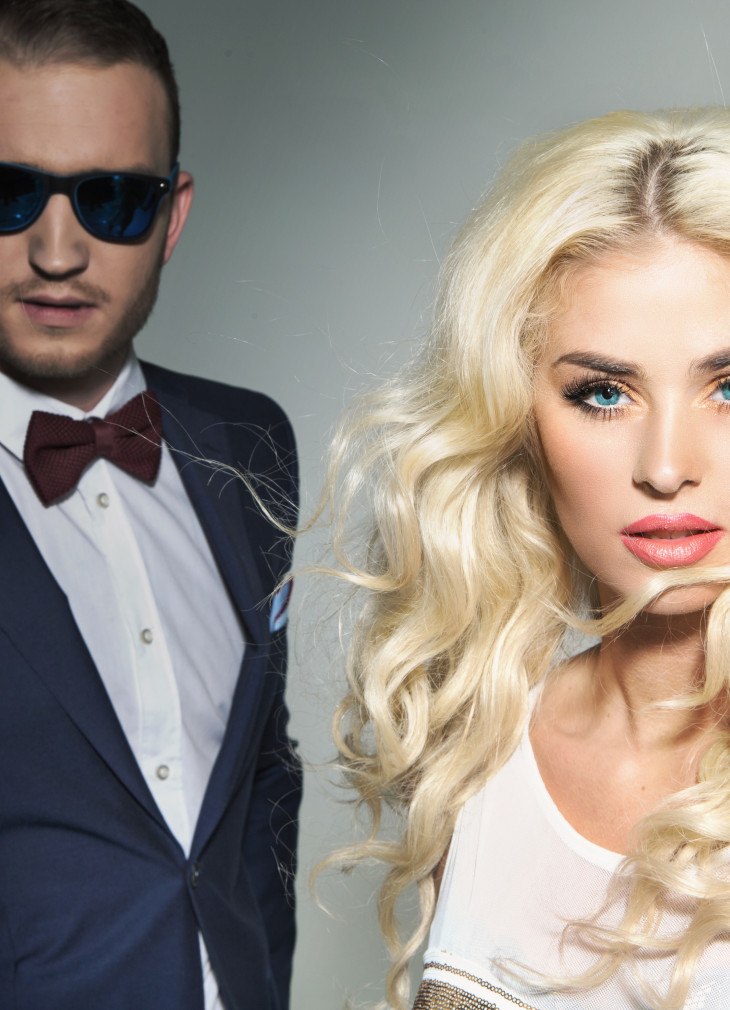 Perhaps more than in any time past, we live in an age of influencers—an age of tying names to products. We see that hundreds of times a day, from small local influencers all the way up to pop stars who have become millionaires (or even billionaires) after teaming up with a cosmetics line. Some of the people who become influencers are amazing, and some are—let's be real—less than inspiring.

But that's why it's nice to recommend Tom Ford—he's a pretty amazing guy! Not only has he worked with—and had an incredible influence on—world-class names like Gucci and YSL, and then starting his own line, he's also written and directed two feature films. The first, A Single Man, was nominated for the Golden Lion at the 66th Venice International Film Festival, and the lead actor, Colin Firth, received Golden Globe and Academy Award nominations for his role in the film. His second film, Nocturnal Animals, also enter the Venice International Film Festival a few years later, and won the Grand Jury Prize. Ford also received a Golden Globe nomination for Best Director and Best Screenplay.

It's definitely true that Ford's connections allowed him entry into Hollywood—he'd spend years on the scene, making connections, and that sort of exposure is priceless. You can have the best screenplay idea in the world, but without entry into that world, it's not going anywhere.

Alright, that's enough of our "fanboy" appreciation—that doesn't really have much to do with a product review; we just wanted to crush on Tom for a moment. On to the next observation in our review:

Neither a "Pro" nor a "Con," But Interesting

In terms of marketing, most beard oils go the "rugged guy" route: Viking Revolution, Billy Jealousy, Grave Before Shave. The capitalize on the stereotypical manliness of beards—the sturdy, robust, energetic aspects of masculinity. That works pretty well for a lot of those brands, because—well, a lot of guys either relate to that, or would like to.

It's all marketing, of course, but marketing is pretty powerful. If you want an alternative to the "dude-liness" of most other beards, and are looking for something marketing as a little more... suave? or cultured? then this is what we would suggest. There aren't too many other beard oils out there that market themselves as sophisticated alternatives. There's The Gentleman's Beard Oil (affiliate link), and that's very good but not something we'd call a luxury brand—Tom Ford is really at the top of the pops in terms of luxury beard oil.

Con: You May Want to Keep This as a Special Treat

It's a wonderful thing and part of the magic of Tom Ford, but... it can be difficult to constant replace high-end products—and beard oil, for as wonderful as it is, is a product that goes quickly—especially if you 1) have a medium-length to long-length beard, and 2) use it as your go-to beard oil.

Plus, the oil is sold in only a single ounce—which isn't terrible; that's actually pretty standard for beard oils—but a single ounce doesn’t' last too long.

So you may want to have a few alternatives that you can use to make it last longer, or in case it runs out and you need to replace it with something.

Con: The Range is Pretty Limited

But we woooooooooould like to see more. The current line of beard oils—Oud Wood, Neroli Portofino, and Tobacco Vanille—are excellent, and they make sense to the Tom Ford line, in that they're a bit... "posh," for lack of a better word. Maybe "chic," is a better word. That all makes sense, because there is a looooooooooot of time, effort, and moolah that goes into sustaining that "chic" feeling that Tom Ford offers.

But we would like to see more! A company with all the capabilities of Tom Ford—it would be great if they expanded a bit to some more "lively" scents.

We complained a bit above about the beard oil companies that sprang into place after beards became popular, but here we'll sing their praises, and note that they offer a wiiiiiide variety of scents. There's nothing missing, in other words—most of these companies offer a floral scent (usually vanilla or lavender), a citrus-y scent (verbena lime or limon), a liqueur scent (usually bay rum or tequila), and... our favorite, an outdoorsy scent—a pine, or a tea tree, or something like that. Something lively and fun.

Again, we're not going to suggest we know better than Tom Ford, but as far as our own opinion is concerned, that we do know—and we'd like an outdoors-y scent! That might be too much to ask for from Tom Ford—and way off-brand—but some kind of after-hours/outside-in-the-evening scent would be a great addition.

What is there to say, really? We think the scent is great, it's got a great ingredient profile, and we're big fans. It's Tom Ford, after all—it's designed to be fantastic, because it's a luxury product. You can't expect people to buy luxury products if they're not top-notch, and like all things Mr. Ford seems to do, his beard oil is fantastic. It doesn't have a great range—and we'd love it if he added a few more scents—and the scent itself does fade quicker than we'd like. But, above all, recommended.