We're going to be very honest for a moment: we looooove beard products, and we looooove reviewing them. But sometimes, reading about all these beard companies can get... well, it can get a little bland. Companies blend into each other, and you just want one of them to stand out a little bit and do something interesting.

That's why we're so pleased to review Mountaineer, and in particular, their beard oil. They're a quirky company, and this review was actually a lot of fun to write.

So let's get to it: our Mountaineer Beard Oil review. We'll start with the one factor that really sets Mountaineer apart: 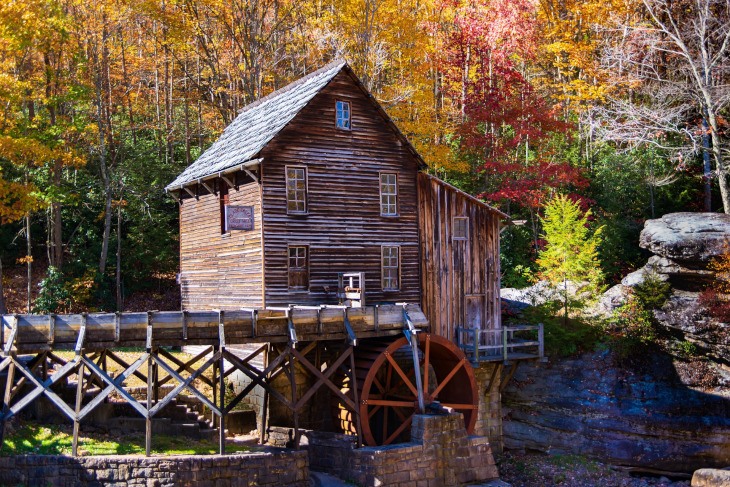 More Than Any Other Beard Oil, Mountaineer Scents Are More... West Virginia-Based?

Some beard oils stick to one or two scents—and leave us wanting more—whereas others really embrace their creativity and develop a wide range of scents.

Grave Before Shave is like that—they've got a Bay Rum, a cigar blend, a Bourbon + Sandalwood, a Tequila + Lemon, etc. They go far and wide.

But none have taken the approach that Mountaineer has taken, which is to really dig into your hometown pride, and create a line of West Virginia-based scents. In no particular order, they are:

> West Virginia Lime and Sage: This is a nice combo. A lot of lime beard oils are a bit overdone, but the sage seems to even this out a bit;

> West Virginia Citrus and Spice: This is the "vibrant" scent in the line—both the citrus and the spice are a little more lively;

> West Virginia Pine Tar: This is a really clever take on the "pine" scent that a lot of beard oils have—one of our favorites in the line;

> West Virginia Coal: This, truly, embraces the West Virginia identity—it's got a unique ingredient list (and we'll talk about that in a minute);

> Barefoot Unscented: Not every beard oil line has an unscented version, but they should. This is fantastic—sometimes you just want moisturize your beard and tamp it down a bit, and add an aroma to your face. Sometimes you're wearing something else, and you don't want it to clash with your original scent, or sometimes you just don't want to be smelling something under your nose for a few hours. Either way, we always hope to see an unscented option in a beard oil.

We love this kind of line. Some beard oils go for a different angle—the more "refined gentleman" approach—but these are earthy, rough-and-ready scents that are great for active outdoors-y types. It's kind of funny, too, because the emblem on the bottle is a guy who looks fairly buttoned-up—but we'd definitely categorize this line of scents as... well, “mountain-y.”

It's worth nothing that these scents may have changed over the years, and the company may have discontinued/may be discontinuing a few of them. That's a shame, but it happens. Also, it looks like Mountaineer may now be referring to them just "Lime and Sage," instead of "West Virginia Lime and Sage," and we think that's a shame—but it's probably a wise decision. We imagine they hired a marketing team to look into what consumers like better, and they suggested they drop the "West Virginia." We're not sure of that—we're just guessing.

Whatever the reason, the product remains true to its West Virginia origins, and according to their website's "About" page, they've laid down even more roots in the state: in 2015, they built a warehouse on the owner's property in Shepherdstown, WV, and in 2016, moved the operation to Martinsburg, WV.

By the way, when we learned about "West Virginia Lime and Sage," we thought that sounded like a stretch—after all, West Virginia isn't known for its citrus trade—but apparently, we were wrong! You can grow limes in West Virginia. Who knew?

It's Made from Some Fantastic Ingredients

Beard oil really isn't that complicated—it's usually a carrier oil (or two), a scent (or two, or three, or four), and some skin care vitamins mixed in. Some beard oils do a good job of concocting recipes, whereas others... don't do as good a job.

Mountaineer has made some great choices when it comes to ingredients, and while they use a few of the same base ingredients in all their products, they switch things up in each. Here's the ingredient list for each:

As you can see, the common three ingredients are grapeseed oil, almond oil, and castor oil. Those are included for their skincare and hair care properties—the formula is designed to hydrate both the skin and the beard hair, and reduce flaking (beard dandruff) and itchiness. The other ingredients are specific to the scent—lime oil and clary sage for Lime and Sage, and clary sage, peppermint, and patchouli for Coal (sorry—no coal in the "Coal"!).

That's a nice collection of ingredients, without any "grody" ingredients we like to avoid.

It's Made in a 2-Ounce Bottle!

Folks at Mountaineer, if you're reading this, we want to thank you: not everybody makes their beard oils in two-ounce bottles, and it drives us crazy when they don't.

Beard oil is something guys usually use every day or once every couple of days, and a single ounce doesn't really go very far. That's especially true if you love the scent and reapply during the day, or if you've got a really long beard and it takes a lot to properly hydrate the thing.

A single-ounce beard is not long for this world, in other words, and using bottle after bottle after bottle of the stuff gets annoying. And, to be honest, two ounces is better—twice as good, to be precise—but we'd like to see three-, four-, five-, and even six-ounce bottles. Why not? The chances of us shaving our beards before we done using the bottle are slim to none, and we'd buy them if we could, so why not?

Again, the beard oil makers of the world probably got their marketing teams together and figured out that all of bearded gentlemen out there will keep using single-ounce bottles and that's best for business, but again—beard oil makers, if you're listening...

Anyway, rant over. The two-ounce bottle that Mountaineer packages here is a step in the right direction, and we appreciate it.

Alright, so those are thing we like. Now, because no Mountaineer Beard Oil review would be complete without some criticism, let’s move on to the less-than-perfect attributes: 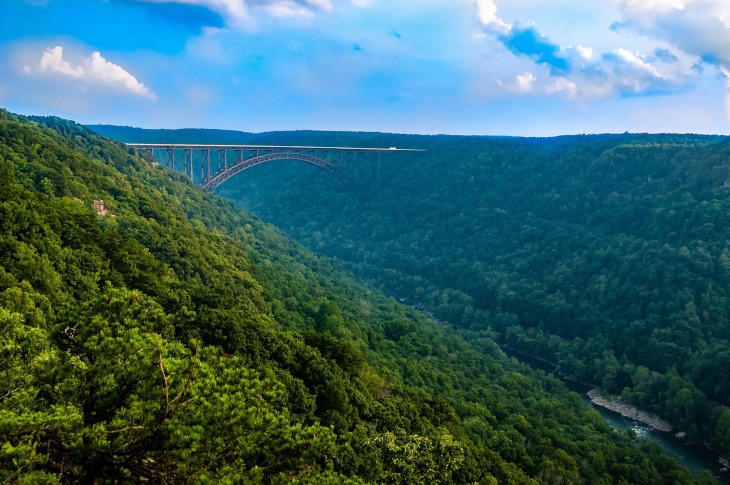 Con: Scent Is... Muted? It's Not Overpowering, and Some People Don't Like That

Some guys really want their scent to POP! For the scent to waft up from under their nose and smell strongly from the moment of application all the way until hours later. Not everybody wants that, but some guys do.

Mountaineer doesn't seem to accomplish that feat—and we need to remind everyone: that's fine, really. Beard oils don't really do that.

So we want to express this criticism but go easy with it, because it's not really specific to Mountaineer—the great majority of beard oils fade before too long—so we don't want to say this is a critique of Mountaineer or some sort of failure on their part. It's not, in our most humble opinion—it's just true of beard oils, and it's true here. If you're looking for an all-day, pop-you-in-the-nose scent, you probably won't find it among the suite here.

Con: Some of the Scents Aren't for Everyone

As we mentioned above, we absolutely love the scent suite. It's unique, it's original, and it's bold. But...

Here's the truth about doing anything bold: not everybody's going to be down with it. In fact, a larger-than-average portion of folks are going to think, "Well, that's a little bold," and say, "That's not for me." It comes with the territory, and when you put yourself "out there" and create really interesting, hyper-specific scents, you have to expect certain reactions.

So while the more "mainstream" scents—and that would be West Virginia Lime and Sage and West Virginia Citrus and Spice, and to a lesser degree, West Virginia Pine Tar—while those scents will probably be a little more popular and acceptable to wider group of men, it stands to reason that fewer fellas will be on board for "Pine Tar" and "Coal." Some men don't want to hop out of the shower and bathe their beards in West Virginia Coal. Yes, it should be noted that "West Virginia Coal" doesn't smell like coal, or coal dust, or anything resembling coal—in fact, as we listed above, it's a really enticing mix of some sweet-smelling, rich scents—but...

The fact remains—"coal" isn't the mental image that every guy wants when they're prepping for a night out. That might be more of a quirky, once-a-while, just-for-fun option for some guys.

Con: It's Not Organic, As Far as We Can Tell

This isn't a huge deal—not to us, anyway—but from the feedback we get, and the sheer number of beard oils that brag about all-organic ingredients—it's clearly something that's on peoples' minds.

It would also be nice if the concoction included some vitamins or minerals—Vitamin E is a really common ingredient in beard oils, and we don't see it here (outside of any Vitamin E that may be included in the oils themselves). If you're looking for an oil with Vitamin E, Spartan Beard Oil is one of the formulations we usually suggest (although you definitely won't see as many fun scents with Spartan).

You thought we were going to write an entire post and not include a reference to John Denver's immortal paean to West Virginia? Wrong you are, my friend. We tried our best—and we know you folks from West Virginia are probably so sick of that song you can't even express how tired of it you are—but we couldn't resist.

So, to wrap up—Mountaineer Beard Oil: thumbs up. We love the scent suite, and skin care properties and the ingredients, and we love the home-grown pride. We also love the two-ounce bottles. It would be nice to see a few more skin care ingredients, like Vitamin E or something like that, but all in all, we're fans.

Thank you for reading, and all the best to you and your beard!