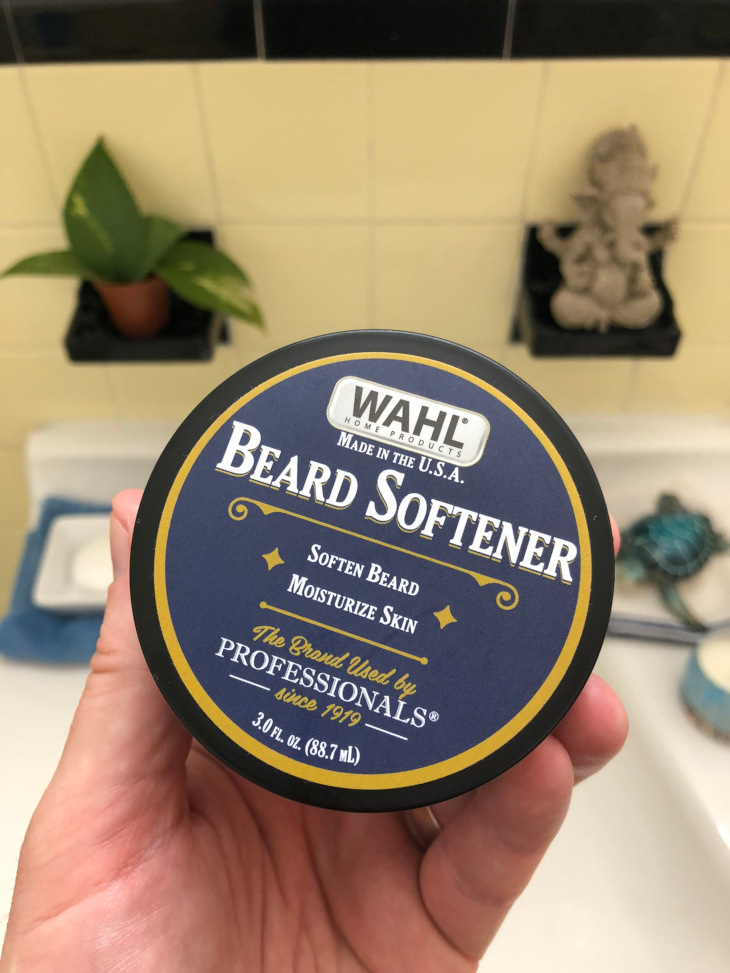 Previous prototypes were loud and erratic, and unfortunately, they could be a little bit dangerous(!), so grooming professionals had stayed away from them. When Wahl invented their clipper in 1919, it was a huge breakthrough—barbers could now cut hair quickly and efficiently, and it allowed them to see many more clients in a day than they had before.

In recent years, Wahl has branched out and begun making grooming products. Here we'll talk about the Wahl Beard Softener, and take a look at whether it's worthwhile, or whether Wahl should have stuck to the clipper game (spoiler alert: we like it a lot. It's not perfect, but we think it's a solid product).

Alright, let's jump in and take a closer look:

It Has Some Unique and Potent Ingredients…

Sativa Oil. It's kind of weird, because they don't really highlight this as an ingredient, and that's a shame—it's an incredible moisturizer, and because there's a fair amount of stigma related to the ingredient (which is slowly going away), it's underused. That's a shame, and we imagine that'll change in time, and we'll see it in a lot more beard oils/butters/cream/balms.

Manuka Oil. There are a few ingredients that make Wahl a standout when it comes to working against beardruff, and manuka oil is one of them—it's an antibacterial agent, and it can work very well on skin. This ingredient isn't so much for your beard hair, and more for you skin.

Meadowfoam Seed Oil. We've reviewed a loooooooooooot of beard products, and we end us seeing the same ingredients again and again. Meadowfoam seed oil is actually pretty rare, and (thus far) we've only reviewed one other product that has it (Bluebeard Beard Wash—we'll actually discuss them below). It's another fantastic ingredient, and it's one of the main "softening" ingredients in the recipe.

Clove Oil. You might not imagine "clove" to be that impressive, but believe it or not, it's been used in traditional medicine for centuries, and it is believed to have "analgesic, anti-inflammatory, antimicrobial, antiviral, and antiseptic" properties. Nice!

Moringa Oil. Another rare ingredient in the world of beard products—which is weird, because it's another great inclusion—is moringa oil, which can moisturize skin. This is another one that's more for your skin than for your beard, and we imagine it's why people who like Wahl Beard Softener actually like it.

So, that's a solid line-up! It's not even mentioning some of the other ingredients, like jojoba oil, which is one of our favorites—it can provide a lot of hydration, because it actually has a similar composition to the natural oil in our skin (called sebum).

The Smell is Hard to Define but Pleasant

This is a "signature scent," meaning that Wahl makes it specifically for this product, and it's not a single-note scent—it's not just vanilla, or lime, or something like that. This is kind of a complex scent, and those are always difficult to describe, so here goes:

It's a masculine sort of scent—it's a little reminiscent of a barber shop, or a very, very mild cologne, or an old-school aftershave. Again, it's very faint—some beard balms and beard oils knock you over with their scent, but that's not the case here (at least not in our experience). It's a bright, clean, and a little refreshing, but not minty or floral or soapy.

Honestly, it hits a lot of right notes that we hope to see in a masculine scent—interesting but not overwhelming, and clean but not soapy or medicinal.

It's Lacking Some Possibly-Bad-for-You Ingredients

So it's got some great elements in there, and that's a plus, but the other positive aspect of the beard softener is what it doesn't have—it's got no dyes (which some people react poorly to), no parabens (which are believed to disrupt hormone function) and no phthalates (which may have an effect on the reproductive system). That's fantastic—a lot (like, a whole lot) of men's grooming products have those ingredients, so it's nice that they're absent here.

We're not saying that this is an all-natural formulation—it does include some synthetic ingredients, like PEG-100 stearate, phenyl trimethicone, isopropyl myristate, polysorbate 20, and butylphenyl methylpropional (among others)—but it's got fewer of the possibly-bad-for-you agents that a lot of other beard products have.

We won't speak too much on this, but it's definitely worth mentioning—Wahl seems to moisturize beard hair without making it slippery or slick. That's a complaint that many people have about beard oil and beard wax—that is does a great job hydration beard hair, but that it's greasy and oily and gloppy (and, to be fair, not all beard oils and balms are like that, but a loooooooooooo are).

So that's a plus. You'll still have to wash your hands after using it—it's not like a lotion, that you can rub into your hands and go about your day—but it doesn't feel heavy or liquid-y or gloppy in your beard, and it's easy to work in. Again, that's our experience, and your mileage may vary, but that's what we found.

It's One of the Rare Beard Creams Out There

It's a funny to thing to say, but Wahl gets points just for making one of the few beard creams made. There really aren't that many out there. There is Maestro's, but that's a beard butter, there's Cremo Beard and Scruff Cream, but that's more for shorter beards and stubble, and there's Every Man Jack Beard Butter, but that again is a butter and not a cream (meaning it's mostly about moisturizing a beard, rather than softening it).

We'll talk about a few of these below, because they're good products, but they're not beard creams. Wahl is one of the few companies that makes an actual beard cream, and while they may be winning in this "Top Beard Cream" category just because they're the only one in the running, that's something. On a related note, it's worth mentioning that...

Wahl is Also One of the Few *Softeners* Out There

This is a little bit different than our last statement, which was that it's one of the few beard creams we've come across. It's also one of the only softeners we've come across. That's an important distinction, because beard creams are usually meant to moisturize the beard and hydrate the skin—they may also soften a beard a little bit, but that's not their main purpose (and in fact, many of them actually make a beard feel stiffer, rather than softer).

So that's another stand-out feature from Wahl—that ability to soften a beard. That makes it easier to comb, easier to clean, and just generally nicer. When you consider that most of the beard products out there don't do that—beard oils moisturize, beard balms moisturize and stiffen, beard waxes just stiffens—that's a pretty fantastic aspect (in our humble opinion, of course).

Alright, so—we just said a whole lot of nice things about Wahl Beard Cream, so let's switch to "real talk" for a second.

It's nothing that bad, but there are a few things we should mention. 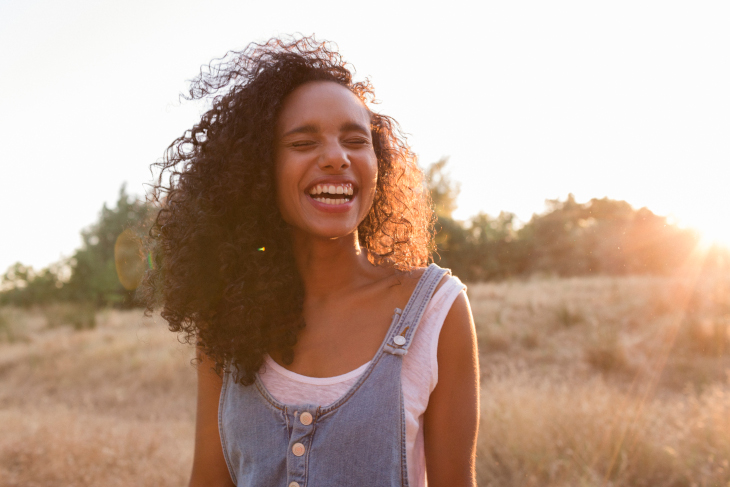 It Doesn't Have Any Real Hold Capability

We should point this out, because not everybody understands this when buying a cream. A cream can give your beard some body and make it look healthier and shinier, but it can really give it any hold or styling. It can "zhuzh" it up a little bit, but that's it. If you're looking for hold, you may want to try a beard balm (and Viking Revolution Sandalwood Beard Balm is one of our favorites).

As Far as Proprietary Scents Go, It's Not a Stand-Out

We don't mean to say that the scent isn't good or enticing, because it is—as we mentioned above, it has a subtle barbershop smell. We're saying that in the world of signature scents—that is, scents that a company makes and *only* that company makes—it's not really that memorable. There are plenty of other companies that make a signature scent, and you could put a blindfold on and smell it and know exactly what it is. Honest Amish's scent is like that—it's totally unique. Love it or hate it.

Of course, you might disagree with us! The experience of scent, and certainly the appreciation of scent, is an extremely personal thing, and what one man likes, another man doesn't. That's just our read, so take it with a grain of salt.

Also keep in mind that it seems like the *real* standout feature of Wahl Beard Softener is its softening capability and its skin-care properties, so scent can be a secondary factor (or even a dismissible one, because the scent isn't really that strong to begin with).

Just like beard butter butters, you can run through beard cream pretty quickly. It has a fluffy consistency—and that's especially true for this formulation—and you need a good amount of it to work into your beard. A small amount of beard oils can permeate a beard with ease—it is a liquid, after all—but that's not true for creams (or butters). It takes a little bit to really coat your beard.

Wahl actually mentions that they make this for long beards—and that's great, because long beards require a lot of maintenance, or they end up looking wild and straw-like—but just a heads up that you may use a lot of it. If you want to elongate your use of the cream, you might want to alternate with a beard every other day, or something like that.

There's One Alternative You May Want to Consider

If this isn't your cup of tea, you may want to try to check out Bluebeard Original Beard Saver. It's also got a lot of ingredients that are great for the skin, and it's another one of those products that guys use as an anti-beardruff / anti-itch cream, and it moisturizes beards pretty well. It's also made as Bluebeard Beard Saver in Mint, which is a nice change of pace—most creams don't come in a single, well-known scent, so that's nice of the folks at Bluebeard.

DIY Beard Butter Recipes: Three of Our Favorites, and How to Make Your “Signature Scent”