Can You Bring a Beard Trimmer on a Plane?

Don’t you love it when fantastic, well-run websites get right to the point?

Of course, "beard trimmer" and "electric razor" are broad terms. You certainly can't take a chainsaw on a plane by claiming you use it to trim your beard! To make things clearer, let's dive a little deeper into how the TSA classifies various shaving equipment, what's allowed in checked versus carry-on luggage, and some other tips for keeping your beard well-groomed and looking neat when you fly. 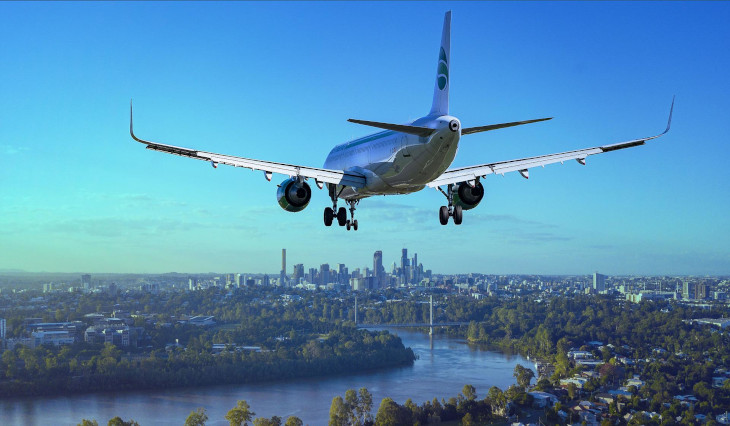 Carry-on bags are those you, well, carry onto the plane! You take them with you through security, down the jetway, and into the cabin where you stuff them under your seat or in the overhead bin.

Checked bags, on the other hand, are those you leave at the ticket counter. The airline handles them and stores them under the plane. After the flight, you pick them up on the luggage conveyor.

Generally speaking, carry-on bags have more restrictions since you have access to them while you're on the plane. TSA doesn't want anything in your carry-on bag that could be used as a weapon, which unfortunately sometimes includes certain shaving equipment.

Because checked bags are stored under the plane, there's more leeway in this regard, but you still have to be careful. In some instances, certain items are allowed in carry-on bags but not checked bags, usually if it's something that could catch fire or explode and damage the plane in flight such as large batteries.

So let's get into what is and isn't allowed and get into the details of “Can You Bring a Beard Trimmer on a Plane?”… 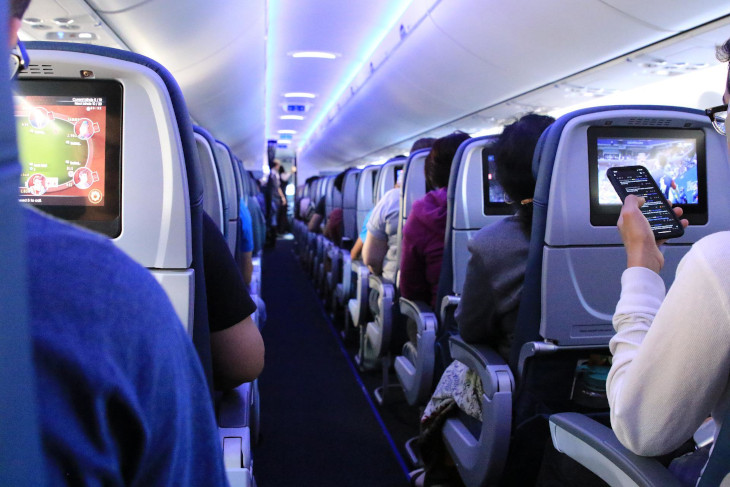 Sometimes TSA rules regarding razors can be a bit confusing. "Razor-type blades" are not allowed in your carry-on bags, though you can bring them in your checked bags. But does this exclude shaving razors? After all, they're made with "razor blades." In many cases, you can bring shaving razors on a plane, but not all.

Disposable razors, also known as cartridge razors, are allowed on planes in both your carry-on and checked bags. You can also bring replacement cartridges assuming the blades come fitted and secured in the cartridge. TSA does request that the razors be wrapped or sheathed so that baggage handlers and inspectors don't accidentally hurt themselves.

A safety razor is the traditional hand-held shaving device where a single razor blade is fitted into a protective device. Safety razors are not allowed in your carry-on bags if they have the razor blades installed. However, you are allowed to bring them in your checked luggage.

You can also bring the safety razor device without the razor blade installed in your carry-on bags. You would then have to store the blades in your checked bags.

Electric razors are allowed in both carry-on and checked luggage. This includes both rotary shavers and foil shavers.

Batteries: These Can Be Tricky

Lithium-ion batteries are one of the few items that are easier to take on a plane in your carry-on bags than in your checked bags. Since most electric razors and beard trimmers these days use rechargeable lithium-ion batteries, you should know the specific TSA rules before you fly.

Usually, the lithium-ion batteries that are installed in devices like electric razors and beard trimmers aren't an issue. The batteries don't stop you from taking these devices with you in your carry-on luggage.

The issue comes with power banks and back-up batteries, which a lot of people like to bring with them on long trips in case their laptop, cell phone, or beard trimmer runs out of juice and they don't have access to an outlet to charge it.

Under normal circumstances, these extra batteries and power banks must be stored in your carry-on luggage. You cannot bring them in a checked bag. Moreover, they should have 100 Watt hours or less of charge and a maximum of two grams of lithium per battery.

By the way, if all that talk of batteries stresses you out, you can check out our list of corded beard trimmers and skip batteries altogether. 🙂

Keeping Your Beard Fly When You Fly

Most of us have a tendency to end up a bit frazzled after we travel. Even short flights wear us out and leave our skin oily, our eyes weary, and our beard scraggly. And that may not be the worst thing—you can actually get a “bedraggled-but-attractive” look with a capable stubble trimmer!—but we realize it might not be your “go-to” look.

With that in mind, here are a few things you can do to minimize this and still walk out of the terminal looking fresh and ready for whatever your destination has in store, be it a high-stakes business meeting or a laid-back vacation.

Still, it's a good idea to give your beard a trim the morning of your flight. This is especially true if you're going on a long-haul flight overnight or across the ocean. You'll be surprised by how much your beard can grow just over the time of a single flight, so giving it a good place to start before you even leave is smart.

Pro-Tip: If you do end up trimming while you’re away, it can be helpful to use a vacuum beard trimmer, which literally collect cut whiskers as you shave them off. They can make clean-up a breeze, and instead of spending 10 minutes scraping up your loose stubble from the sink, vacuum trimmers capture about 95% percent of those whiskers in a small canister in the body of the trimmer itself, and you just tap them out into the garbage when the canister gets full. Sorry for the plug, but we never miss an opportunity to plug vacuum shavers—we love, love, love them.

Keep a Comb on Hand

What do you do on planes? Sleep in weird positions, eat hunched over, squeeze into a tiny seat. Your beard is inevitably going to get jostled around and frazzled.

You can deal with this by taking a simple pocket comb with you. Most beard grooming kits include a small wooden comb or brush that doesn't accumulate static in your pocket. You can keep this with you on the plane and brush out your beard any time you go to the bathroom or once you get off the plane in your destination airport.

Just make sure you don't go overboard. Don't use a comb or brush to try to force your beard to do what you want. Rather, use it to get out knots and tangles to keep your beard healthy even after flying.

Beard oil and beard balm are two of the best ways to keep your beard healthy and looking well-groomed. Beard oil is made from moisturizing carrier oils mixed with essential oils that have special properties for the hair and skin. For example, tea tree oil helps prevent inflammation while lemongrass oil is antibacterial. Beard balm is similar but thicker thanks to bases like shea or cocoa butter.

To keep your beard healthy, you should apply beard oil or beard balm at least whenever you wash your beard. This keeps it from drying out, helps prevent split ends and knots, and overall keeps the hair growing strong and healthy.

Use your beard oil or beard balm regularly on your trip. Use it after you wash your beard or just if it starts to feel dry and malnourished. This might be right after a long flight, so don't be afraid to oil up as soon as you get off the plane.

One of the main reasons long flights leave your beard looking frazzled and unkempt is stress. Flights wear most people out, especially if they're longhaul overnight flights. There's a reason most people step off planes with oily skin, bloodshot eyes, and, yes, scraggly beards.

To keep your beard as healthy as possible, try to relax. For one thing, don't worry too much about your beard getting out of whack. It's bound to happen a little and fretting too much will just make it worse. If you packed the right equipment, you'll be able to quickly get it back to its best as soon as you get to the hotel or whatever your destination is.

If you have trouble relaxing on planes, check out the inflight entertainment. You can also bring your own in the form of books, magazines, or movies and TV shows downloaded onto your phone. And if you can, take a well-deserved nap. 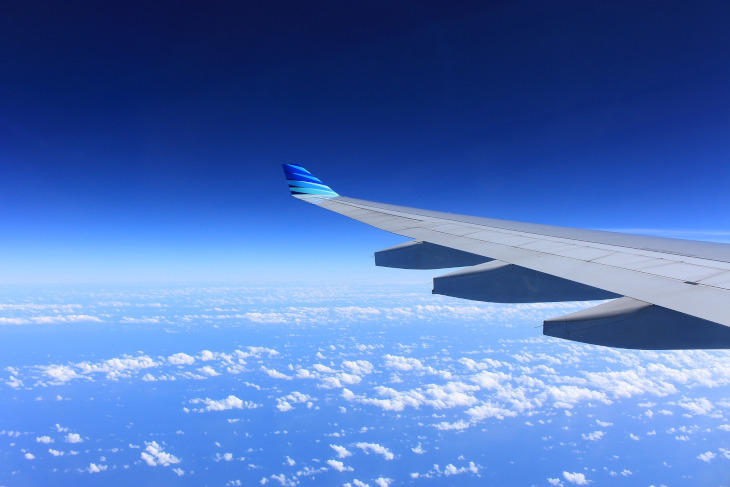 To Sum Up: Have a Great Flight

So, yes, you can bring your electric razor or beard trimmer on a plane in your carry-on or checked bag. However, the same doesn't hold true for all shaving equipment, so make you're up to date on TSA rules and guidelines. With the right information and luggage, you can have a fly beard both up in the air and on the ground.

The Best Stubble Trimmer: Our Buying Guide and Product Reviews

How to Use a Wahl Beard Trimmer, Step by Step

The Best Wahl Beard Trimmer: Which “Wahl” It Be?