Our Ranger Grooming Company Beard Oil Review (and Their Other Products, As Well) 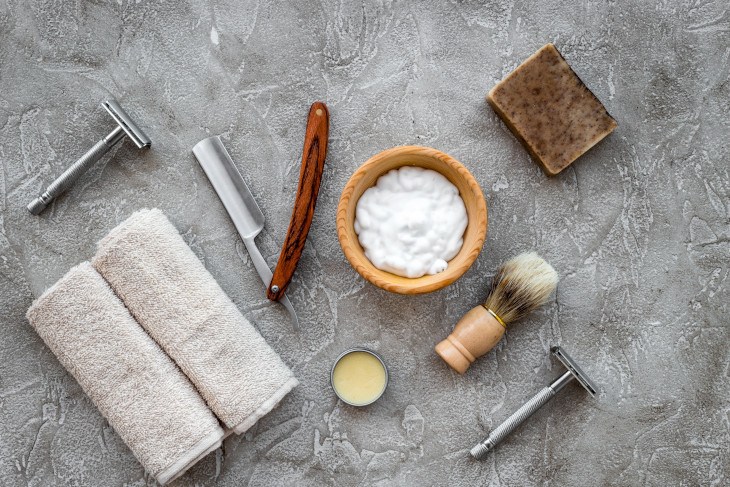 There's not much written about Ranger Grooming Company, and that's weird, because we know a looooot of guys who use it. So, here, we'll take a deep-dive into their products. This will primarily be a Ranger Beard Oil review—their beard oil seems to be their most popular offering—but we'll take a look at some of their other products as well.

If you're looking for a brief wrap-up of everything we'll write below, well, brother, here you are:

Ranger Beard Oil: Excellent. The Spiced Sandalwood is an interesting, unique take on a classic scent, and the Escape Cedarwood is forest-y without being overwhelming, and the fragrance-free variety is thick and coats whiskers really well. Oils seems to be what the company does best.

Ranger Beard Balm: Average/Maybe a Little Above Average. It's good, and a lot of guys like it, but we think there are dozens of better-formulated, more interesting takes out there. Definitely well-made, but we're partial to other brands that seem to focus on balms, like Viking Revolution and Honest Amish.

Ranger Grooming Kit: Very good. It includes a one-ounce bottle of beard oil, a wide-toothed wooden-comb to get you started, and a thick-bristled brush for detail work. It would be nice if it included scissors, but nothing is perfect.

All in all, very good! We have a couple of criticisms below, and we'll get to all that, but here's a more in-depth look:

An Overview of Ranger Grooming's Products

We'll start with a closer look at their best-known offering:

Ranger actually makes one of our favorite beard oils, and it is:

Ranger Grooming Co. Spiced Sandalwood Beard Oil (affiliate link). This is such a great take on the sandalwood scent. In the world of beard and shaving products, sandalwood is perhaps the most "classic" scent, and many people say it has that clean, calm smell you get when you come out of a barber. That's right on the nose (ha)—it's a fresh, simple smell, and that's why it's so widely-used. What we don't usually see is a spicy scent added to it, and that makes it an entirely new experience. That spicy-ness is close, and it adds to the sweet smell while keeping that "calm" aspect to it. It's unique and original, and it's probably our favorite thing that Ranger Grooming offers.

It's kind of neat that a company that only makes two scents in their beard oil would roll the dice on that.

Ranger Grooming Go. Escape Cedarwood (affiliate link). This is another scent that most makers of beard oils feature, because it captures that sort of rugged, outdoors-y essence that works well on a lot of guys. Most companies have something like it, and either use pine, or fir, or a mixture of all three. This is nice and refreshing, without being too powerful.

Ranger Grooming Co. Fragrance Free (affiliate link). This is an interesting take, because 1) many makers of beard oil don't have a fragrance-free beard oil, and 2) the company that makes Ranger Company Beard oil is called Leven Rose, and they seem to focus heavily on scents. So it's neat they have an unscented version. The stand-out feature of the fragrance-free formulation is its THICKNESS. A lot of beard oils you get are watery and dry out in a few minutes—that wasn't our experience with Ranger unscented.

We always get caught up talking about scents, so we should probably mention: there's a lot of good stuff in the recipe! It includes Moroccan Argan Oil—which can fortify beard hair and give it some body and shine—and it's got rosehip oil, which is high in Vitamins A, which is great for skin, and Vitamin C, which is also great for skin.

Our favorite ingredient, however, is jojoba oil. It's a fascinating oil, because it's actually very similar in structure to the oil that your skin produces, called sebum. It can help balance oil production in your skin, and it's one of the ingredients we hope to see in a beard oil. We've looked at dozens of different formulations, and it seems like most of the higher-end, more-organic beard oils all contact jojoba oil. So that's awesome.

Together, these ingredients are included to give beard hair a boost, moisturize the skin underneath it, and take care of some beardruff if you've got it. That's really all you can ask for from a beard oil, and we think Ranger does a good job with it.

OK! That was a lot of praise for Ranger Co. Beard Oil. Let's take it down a notch and get a bit more critical.

Ranger Beard Balm is... satisfactory. Good. It works, and it's full of great ingredients (oils, butters, candelilla wax, etc.). A lot of guys really, really like it. And we did too! So maybe we're being too hard on it—it's still better than most other balms out there.

We just think there are better options out there, like Viking Revolution, or Honest Amish, or Cremo. Those seem to have better hold and are made in a wider range of scents. We're not saying Ranger Beard Balm doesn't provide some hold and some hydration—it actually moisturizes pretty well—we're just saying we're partial to those other brands. Balms seems to be a little outside of Ranger's... well, range, especially when you consider how good the beard oils are.

Anyway. Back to the praise:

Ranger Beard Wash is actually another standout in their line-up. The first thing we like is the scent—Tea Tree and Peppermint is a nice, lively, wake-you-up scent that's great to use in the shower. It's bright and it feels tingly when you're using it—really great.

Not only that, but the formulation is actually pretty impressive. Shampoos and beard shampoos are actually really hard to make, and it's not like a beard oil, where a manufacturer can just include some organic beard oils and that's that. Shampoos need to foam up, and then they need to strip beard hair of dirt and oil, and then they need to moisturize the skin and hair they just stripped of oil—it's tough to make, and a lot of beard wash/beard shampoos are chock full of synthetic, chemical-y ingredients. Ranger has kept it mostly natural, though, and that's impressive.

It's a little funny, though—on the bottle, they write that it's "73% Organic." That's kind of a weird flex—why write that at all? Most products either say "All-Organic!" or they write nothing. The reason they include that very odd statistic is because 73% is actually pretty good for a beard shampoo. So, good on ya, Ranger people.

The Ranger Grooming Beard Kit is the whole kit and kaboodle—a boar bristle beard brush, a natural wood comb, and a one-ounce bottle of unscented beard oil—and it’s actually a really nice package, because most guys who are new to having a beard don't realize they'll need two different types of combs: the wooden comb to start with, that untangles big knows and scraggles, and the small, thicker-bristled brush, to really smooth things out.

That's juuuuust about everything you need to get you going (and we'll gripe about what's missing in a moment).

Actually, we've probably praised them enough so far. The beard oil is fantastic, the beard balm is very good but not our favorite, the beard wash smells great and has a mostly-natural makeup (and moreso than other brands), and the starter kit's got just about all you need to take care of your beard. That's the good stuff.

Some Critiques We Could Offer the Good Folks at Ranger

Keep in mind, we *like* Ranger, so these are just helpful hints, in case anyone at Ranger reads our lowly blog...

The kit as-is is great, and most beard companies don't offer something like it (which is weird, when you think about it—it's a gimmee, in a sense). But scissors would be great.

Their Product Range is Pretty Limited

Most companies in the beard/male grooming game have a wiiiiide range of products, because even though most people don't realize it, men—especially men with beards—need a lot of grooming products! The rap is that women are the ones who have a whole slew of grooming needs (and of course, they do—they're offered grooming products ad nauseum), but guys actually need/want a range of products too. Most grooming companies meet that expectation, and manufacturers like Cremo and Jack Black make everything a well-groomed man could want, with products for beard to hair to face to body.

We'd love to see that here—that Spiced Sandalwood is a really creative take on a classic scent, so we know there are some good ideas floating around at the company—so let's see them! We'd love to see some soaps, body washes, etc. Expand!

A Floral Scent Would Be Great

Very often, beard products focus on "manly" scents—barbershop scents like sandalwood, outdoors-y scents like pine and fir, "wild-life" scents like bourbon and tobacco. Sweeter, floral scents like lavender, and/or vanilla, and/or even rosewater would be nice.

A Wrap-Up of Our Ranger Grooming Company Beard Oil Review

There you have it! Those are our thoughts on the Ranger line. Mostly good, with a couple of gripes here and there. We hoped something here helped inform you—have fun, be good, and happy beard!