The Weird and Wonderful Benefits of Having a Mustache 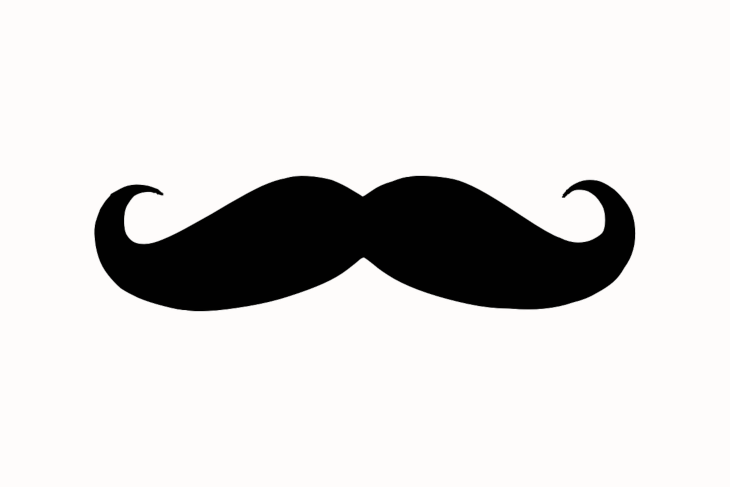 We’ve all seen beards gain widespread acceptance. What was once an odd option reserved for biker gangs, finicky college professors, and nomadic mountain men is now a widespread fashion choice, and we’re really thrilled about that. A beard can make your jawline look fuller and your facial structure seem more chiseled, and that’s a great look for a lot of guys. We’d even say it’s a great look for most guys.

What we’d like, though, is a resurgence of MUSTACHES. Full-brush, bushy-at-both-ends, mustaches. The beard’s wacky first cousin on the side of the family that gets drunk and ruins BBQs.

To get things rolling and hopefully start a trend, we’ve written out the following benefits of having a mustache. In other words, reasons why you should shave off your beard, right now, and embrace that ‘stache. We’ll start with the obvious: 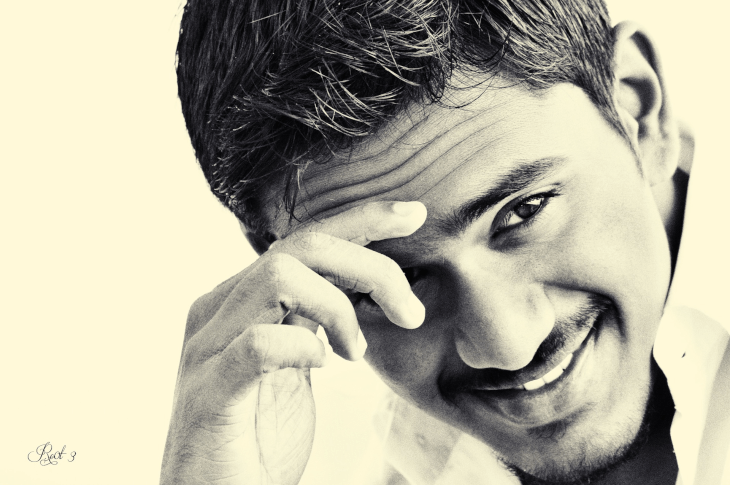 You’ll Be Part of a Big, Weird, Wonderful Club

This may be anecdotal, but every. single. one. of the men we know who have mustaches are fascinating individuals. Some are good men and some are scoundrels, but each one is a true character, and sporting your own mustache initiates you into that gang of lovable lunatics who have whiskers above their lips.

So here’s a quick and incomplete list of the proud mustachioed men in your gang, in no particular order:

And you know who else? Frida Kahlo. Her body gave her face a mustache, and she said, “Let’s do this,” and went with it. That’s pretty baller.

Anyway, that’s quite a list of characters, and any one of those dudes (and one lady) would have been fascinating people without the mustache, but let’s be honest: they did their mustaches right, and their mustaches only added to their appeal. 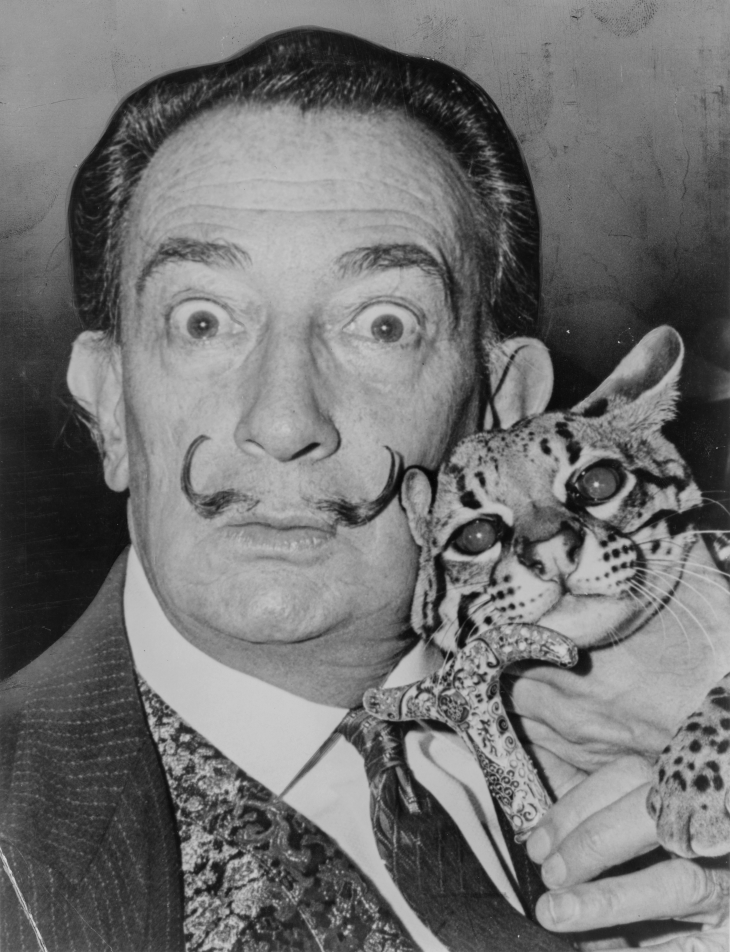 Did you notice that the last couple of men in our list above aren’t actually real humans, and that they’re fictional characters designed to make you laugh? That’s because there’s something inherently absurd about mustaches. Facial hair is weird enough—whiskers that grow around your mouth and neck and need to be scraped away every few days—but making the decision to get rid of a few of those whiskers but keep just a few right above your mouth is just bizarre.

All of those guys above—Ron Burgundy, Borat, the Super Troopers guys—they’re all ridiculous, and their mustaches are a way of conveying that silliness. Their mustaches tell the world, “We have dignity and maybe even a little big of swagger, but we’re also kind of ludicrous.” That mix of “I take myself seriously but I also realize that I’m insane” is something many men can relate to.

We weren’t around during the last Great Era of Mustachioed American Men—and that would be during the 1970s—but we wonder if there was something inherently humorous about mustaches back then, too. It seems like you could have a mustache and there wasn’t a humorous element involved, but we have no way of knowing. If you were around then—and even better, if you had a mustache—jump over to our “Contact” page and send us a note. We’d love to hear your observations.

Ever seen Clark Gable? He’s the guy who uttered perhaps the most famous line in all of movie history, the “I don’t give a damn” line from Gone with the Wind. Here’s the trailer:

While parts of the movie have—to put it lightly—aged poorly, there’s something eternal about Gable’s “smooth criminal” persona: he’s the guy you shouldn’t be rooting for, but do anyway. He’s rugged yet sophisticated, he’s aggressive and yet reserved, he’s calloused but capable of great gentleness. In other words, he’s one debonair fella.

Not everyone can pull that off, but if you’re able to, a mustache can be the final piece of your debonair puzzle. And with that in mind…

A Mustache Can Be an Identity Piece

If you do decide to make a mustache part of your facial landscape, it can be your defining feature—that part of your visual persona that sets you apart, and makes you look like YOU. You without that feature just wouldn’t be right.

Need an example of what we’re talking about?

Try and imagine Mario without a mustache. Can you do it?

If you can, you’ll see that… Mario sans mustache is not a good look for him, and people were a little freaked out by clean-shaven Mario. And we get that: Mario without a mustache is just some weird plumber with alopecia.

Incorporating a mustache into your life can be a defining moment, something that truly becomes an important part of your visual signature. 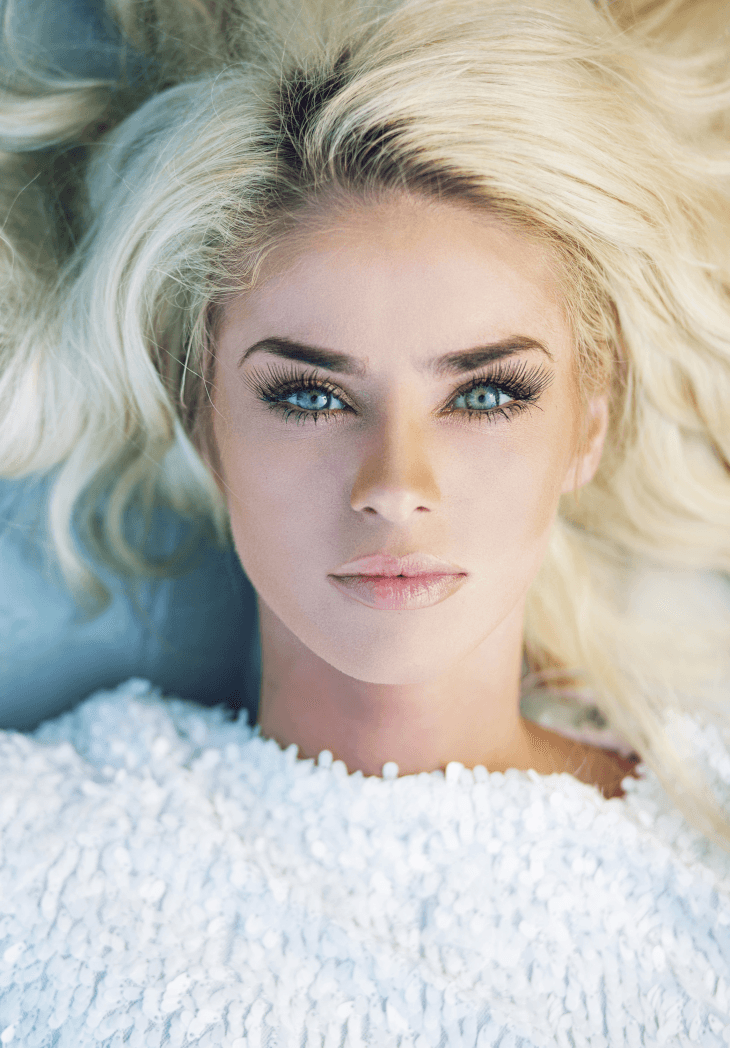 …and there are perhaps two reasons why it catches the eye: 1) there aren’t too many men have mustaches, so it’s fairly unique, and therefore interesting, and 2) not many guys can pull it off. If you’ve got a very small jawline, or if your whiskers don’t grow in with appropriate thickness, it may not work for you. Having a mustache immediately puts you in a very small group of men.

​But there’s another reason why it’s a rare look, and this is absolutely true—not many guys can handle with “I love it / I hate it” comments that come with a mustache. Grow a mustache, and you will be amazed at all the feedback you get. People who have no business sharing their thoughts about the whiskers on their face will feel absolutely comfortable lobbing their opinions on you. It’s kind of amazing.

But, hey that happens. When you do something bold, you can expect to hear about it. That’s life, and that’s why being bold takes some courage.

A Mustache is No Longer Dangerous to Your Health

Here’s another benefit of having a mustache, and—well, this one may be a little bit dated, but here in the 21st Century, you probably won't die of an infection if you get cut while shaving.

That's commitment for you. Today? Easy peasy. Have the mustache you want, without fear of infection.

the first season of Game of Thrones, where

<<< for real—after this warning, if we ruin Game of Thrones for you, it’s your fault >>>

Khal Drogo, warlord leader of the Dothraki and all-around terrifying guy, gets an itty-bitty cut on the chest, which becomes infected, and then he dies? Not a person in all of Westeros could kill him, but a little nick ends his life. Scary stuff.

No longer a concern.

You Get to Use Mustache Oils, Balms, and Waxes

If you’ve never had facial hair, you may not know the unique joy that is mustache and beard oil and/or balm. They allow you to keep your whiskers moisturized and healthy, and if you use a firmer product, they provide shaping capability. If you’ve ever seen a guy with a handlebar mustache, or a mustache that seems to defy gravity, they’ve probably used some sort of styling agent.

And here’s the wonderful thing about mustache oils, balms, and waxes: they can smell amaaaaaaaazing. Companies make them in a wide range of scents, from sweet scents like vanilla and bay rum, to floral scents like lavender and lilac and jasmine, to citrus scents like orange and lemon and lime, to “earthy” scents like sandalwood and cut tobacco. Having a mustache or beard is great because it can look really manly, but the scents involved in whisker products are an incredible side bonus. In fact, one of our favorite things about running a website about beards and mustaches is reviewing all the scented whisker-care options. Bliss. 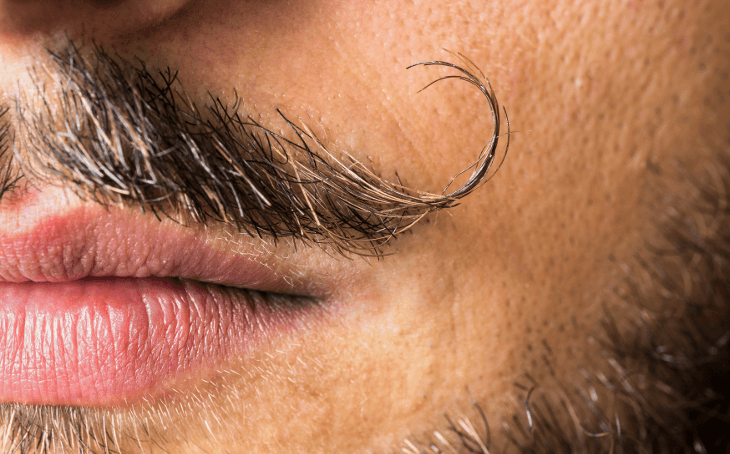 It's an “Aggressively Masculine but Also Well-Groomed” Look

Facial hair is, as we’ve mentioned many times elsewhere, inherently masculine, and it represents a number of different traits associated with masculinity. One of those traits that always pops up in peoples’ minds is “barbaric.” There’s something about facial hair that can make a man seem more primal, or savage, or fierce. And honestly, that’s one of the reasons it’s such a great look. Lots of people are attracted to those traits in a man.

And that’s why the mustache can be a fantastic counter-weight to the untamed look of a beard: it tells me people, “I’m a physically mature, adult man, and I am a little bit barbaric and/or primal and/or fierce” but it also says, “And along with that savagery, I believe in good grooming, and I take care of myself.”

Those traits combined—that sort of male virility, combined with the very masculine trait of self-care—can be wildly appealing.

And if you want to the take the barbaric-but-groomed look to the next level, you can embrace one of our all-time favorite looks, and realize:

This is, perhaps, our favorite look of all time: a thick, powerful mustache, floating atop of a sea of short stubble.

Not only is it a striking look, but it implies a number of things, including:

And that’s why this is such a common look on cowboys, mountain men, pirates, soldiers of fortune, and all sorts of ne’er-do-wells: adventure got in the way of good grooming. These men got gussied up, got into a risky or unexpected undertaking—maybe they had to skip town after a bar fight or a card game gone wrong—and found themselves away from a shower for a few days, and when they returned, that’s the look they have: the mustache-and-stubble.

It’s one of our favorite all-time looks. Not great for weddings, job interviews, or “meet-the-parents”-type situations, but a great look for just about everything else.

Speaking of various ne’er-do-wells, we’d be remiss if we didn’t mention that mustaches do have something of a PR problem, and a lot of bad guys over the years—ranging from just-plain-creepy to really, really bad—have sported a ‘stache as they went about their awful ways.

If you are one of these bad guys—and we do hope you change your ways—a mustache can be a great calling card, and can really round out your evil persona, and you can twiddle your whiskers as you consider your nefarious plans.

You Can Get Creative

You can get very creative with beards, but at the end of the day, you just end up shaping long whiskers—there are only a couple of beard shapes you can make, and you’re somewhat limited in terms of devising new shapes and patterns.

Mustaches, on the other hand, are a creative bonanza, and there are literally dozens of different mustache types you can choose. Our friends over at Balding Beards made a great post about all the different styles you can choose from, including:

If you like having a mustache, you’ve got styles for the rest of your life.

Facial Hair Protects You from Cancer

Weird but true, and apparently science backs it up. Facial hair covers your face and protects you from the ultraviolet rays that can cause skin cancer. Now you know!

We don’t often speak about manliness on this site—at least not yet—but we’ll say this: beards are obviously manly, and they get all the praise for being manly. That’s kind of a no-brainer.

But mustaches are somehow even manlier. You need to be a little bold to have one in the first place, and you need to weather the storm of ridicule and condescension when you have one (because even if 90% of your community loves it, there will be some folks who want to remind you how crazy they think you look). So it’s not just a fashion statement—in a way, it’s a decision to be manly.

We’ll Leave It at That

So, there you have it: reasons to grow a mustache. Or not. In the independent, bold, free-thinking spirit of mustache-wearers everywhere, we’ll leave it up to you. Good luck to you, pardner!

Behold, the Silly Mustache Guard: What It Is, What It Does, and Why It’s Actually Pretty Useful

The Best Mustache Scissors for Trimming and Detail Work