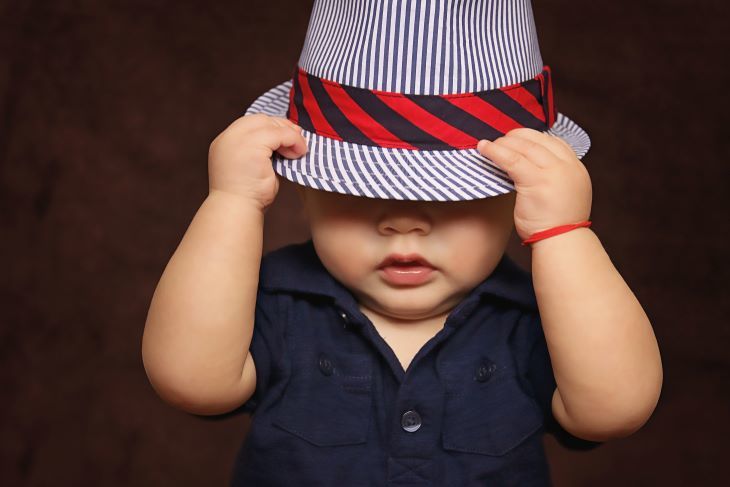 It's almost amazing: you've got a full, healthy beard, and you look like a MAN. A strong, capable, firm-jawed man. You feel good, you look good, and... you decide you want a change.

So you shave your beard off, and the MAN you saw in the mirror every morning now looks like a baby. A precious, sweet-cheeked, 8-pounds-7-ounces, baby.

How did this happen? How did the manly guy in front you disappear, so quickly and totally, and how do you have a baby face after shaving?

In the post below, we'll discuss why the baby-face-after-beard phenomenon happens, whether or not it's actually a bad thing, and what you can do to reverse the age-shattering effects of removing your beard, if you do, in fact, regret shaving your beard.

We'll start with a Table of Contents and then an explanation:

table of contents
Why Do You Look Like a Baby After Getting Rid of Your Beard?
Your Skin is Actually Softer and More Infant-Like After Having a Beard
It's Not a Sure Thing You'll Have a Baby Face
Sometimes It *Is* a Sure Thing That You'll Have a Baby Face After Shaving
Here's the Good News: It'll Grow Back
You'll Have Stubble Before You Know It
How Can I Make My Beard Grow Back Quicker?
We're Using the Term "Baby Face" as Though It's a Bad Thing, But...
One Quick Question Before We Go: Do You Like the Way You Look?
Happy Baby

Why Do You Look Like a Baby After Getting Rid of Your Beard?

This is a reasonable question, but to answer it, we need to ask another question, and that is, "Why does having a beard make you look so manly in the first place?"

So with that in mind, why does a beard make you look more masculine?

Well, your beard makes you look more manly because it provides the illusion that your jaw is broader and wider than it is. When you grow facial hair—and in particular, facial hair that grows outward from your jaw beneath your ear to your chin—it makes your jawline look as though it's broader and stronger. That's a *really* cool aspect of having a beard, and it's a really fantastic way that you can increase how masculine you look.

So let's get back to the original question: why do you look like an infant after shaving your facial hair?

Because that exaggerated jawline that you're toting around is suddenly gone! You've gone from the appearance of a strong, protruding jaw, and (depending on the length of your beard) taken inches off your jawline!

It's kind of crazy, if you think about it—that you can go from "barbarian" to "baby" with a few strokes of a razor.

There's another reason you look like an infant, though, and that's because...

This is also surprising, but it makes sense: when you grow a beard, that beard protects your skin from the elements. It acts a protective shield against a number of environmental baddies, including UV rays, and it can also trap heat and moisture inside the beard, making it delicate and soft. And, because you're not shaving if you have a beard, your skin doesn't undergo the trauma of having a razor-sharp blade scraped over it every day.

Over time, the skin underneath your beard can become delicate and tender and... well, baby-like! Having a beard gives your skin time to heal and it becomes smoother and more supple, and then, when you finally shave all those whiskers off, you're revealing tender, baby-like skin to the world.

So not only is the look of your jaw greatly diminished, the skin on the jaw actually looks infant-like as well.

Before we go on, though, we should mention...

It's Not a Sure Thing You'll Have a Baby Face

While it's true that a lot of guys shave their face and revert back to their pre-toddler years, that's not the case for everybody. This guy just shaved and he looks great: 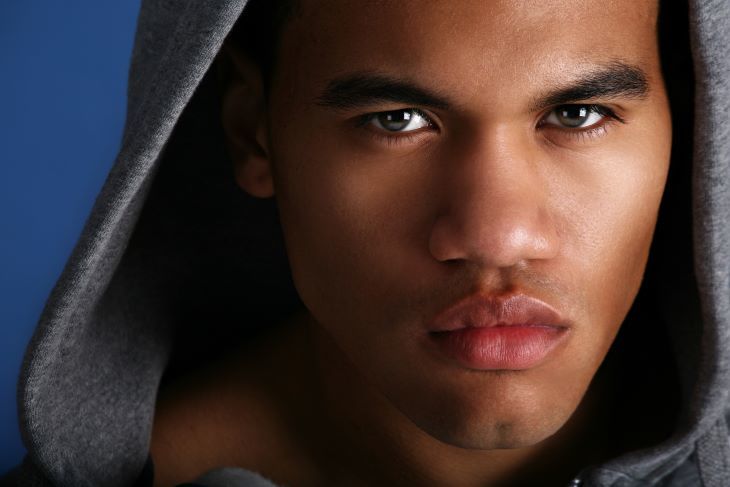 In fact, GQ ran a post a few years ago comparing bearded men to their non-bearded selves, and while some of the guys do in fact look a little bit younger without beards (Dev Patel of Slumdog Millionaire and The Green Knight looks like a teenager), most of them don't look that bad. The Rock looked like The Rock but just bald in a new place, and George Clooney looked like George Clooney, but less like a fisherman. The change wasn't that dramatic.

So if you have a beard and wondering if shaving it off will make you look infantile, it's not a sure thing. Chances are if you have a strong jaw in the first place, you won't look that different.

Bored Panda did a survey of men with beards and then without beards, and for sure—a lot of guys look a lot younger without a beard. They took guys with long beards and showed them shaving off various parts of it, and far and away—most guys looked a lot more "boy-ish" than they did with their beards.

But... maybe that's a good thing! If you're feeling like you look a little aged, maybe you want to roll the dice and see if a good shave will take a few years off. You never know!

If you do shave it off, and you find that you don't like the way you look...

So you look weird. And you're probably cold all the time, because you never realized before what an incredible insulator your beard was, and how well it held warm air to the skin of your face.

But they very nature of beards is that they are the norm. It's coming back whether you like it or not. That's just how it is.

So if you've shaved your face and now you've got babyjaw, fear not. It's just a matter of time 'til it grows back, and it may be even thick and bushier than before.

You'll Have Stubble Before You Know It

The good news is, you don't need a full, bushy beard in order to have that bearded, masculine look.

Do you remember above, when we surmised that the reason beards make us look more masculine is because they make it look like we have bigger jaws? Well, that's only part of the story. The other part of it is the understanding that having facial hair signals to others that you are a mature male. Just the presence of a little bit of facial hair can make you look mature and manly.

And... whiskers count! A faceful of whiskers—which, for most guys, only takes a week or two to grow—can be a great substitute for a full beard. It’s a great look, which a lot of guys—and a lot of celebrities—have worn for years.

So fear not. Before long, you may look and feel just as vibrant and powerful as you did with your beard.

How Can I Make My Beard Grow Back Quicker?

So the good news is that your beard will grow back. Here's the bad news: you can't really make it grow back quicker.

Your beard grows at its own pace, and outside of harsh chemicals that force your body to produce hair—which we don't recommend, as they haven't been tested by the FDA—there's not really anything you can do to speed things up. There's minoxidil, aka Rogaine, but that's for your head, and the company that makes it hasn't made anything for beads. So that's something you should stay away from.

There is one thing you can do, though, and while it won't exactly speed things up, it can help—and that's to create an environment on your face that's amendable to beard growth. Make sure your skin is clean, and use a beard product—a beard oil or a beard balm—that can provide your skin with hydration and nutrients. You won’t be *forcing* your beard to grow, but you'll be creating an environment on your skin where beard hair is able to grow in.

We're Using the Term "Baby Face" as Though It's a Bad Thing, But...

...well, that's not always the case! In fact, in the world of wet-shaving—that is, using artisan shaving creams and soaps, fragrant shaving oils, and high-end safety razors—a baby-smooth face is the goal of grooming.

If you decide that you like having a baby-smooth face—and let’s be honest, having a beard isn't for everyone—consider wet shaving. It's a great way to relax and luxuriate in your everyday grooming rituals.

One Quick Question Before We Go: Do You Like the Way You Look?

Once you get over the shock of looking like a baby—or, at least, different—you may want to take a good look at yourself. Do you like the way you look? You might! Your new look might grow on you (ha—beard pun). You didn't always have a beard, and it might be nice to share your face with the world! We're of the opinion that there are no unattractive people, only lazy ones, so why not?

And if, after a few days, you feel like you do in fact want your beard back, well—just sit back and let nature take its course.

If you've got a babyface after shaving, our advice is to enjoy it. There are dozens (if not hundreds or thousands) of versions of you, and we hope you will embrace and enjoy all of them.

How to Grow a Beard: Everything You’ll Ever Need to Know